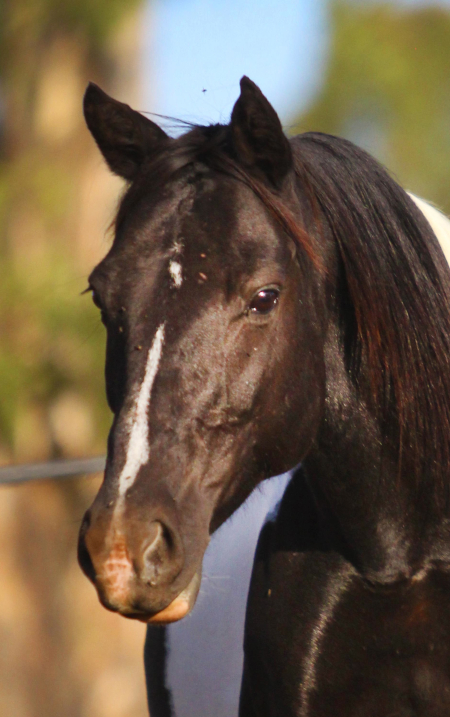 SAPPC registered (0012510129 & DNA: 028/11 & Q1200403)
Hooch was sired by Richelieu a stunning black tobiano stallion bred by Roelf Jordaan from
Juistzoo stud.
Her Dam was a Friesian X Boerperd mare named Chappies.
She has had a beautiful foal at Rancho stud, named Titan’s Tribute.
This filly was born 13 November 2011 and will be a substansial girl, taking after her sire, Titan.

She is currently in foal to Rancho Trinity Rider, foal expected in September 2013. 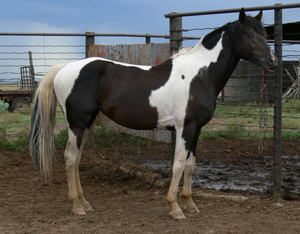