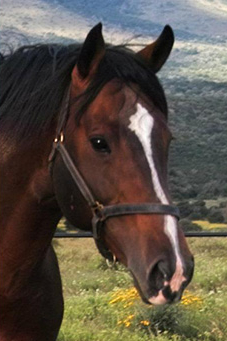 The Dutch warmblood stallion Rico has an incredible presence and captivates an audience with his expressive movement. Despite his robust build, his elegance on his feet allows him to absolutely float through each of his paces. Previously the ride of Ryan Saunders, Rico has performed well in the show jumping arena. The ease at which he clears fences displays a classic combination of lightness in feet and pure jumping power.

Rico’s sire Voltaire is one of the most influential Hanoverian sires of the present day and is the result of combining the two outstanding bloodlines of Furioso II and Gotthard. As an 8 year old, he was a Grand Prix show jumper, competing over 1.50m courses with a great deal of success. His strength and agility was displayed in all of Calgary, Stockholm, Lanaken, Helsinki, Wiesbadenand Wembley, and his career brought to a successful end by winning the Grand Prix of Berlin and claiming second in the Grand Prix of Leeuwar

To read more on this amazing stallion, please visit the website:
www.assagaistud.co.za