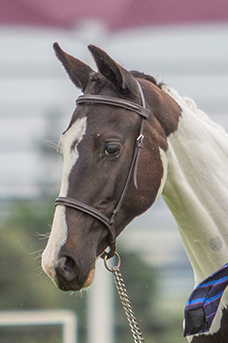 “She-rah” an ancient Hebrew name meaning “Kinswoman” or “relationship”.
This magnificent black tobiano warmblood filly was born 9 days early, in the very early hours of the morning, two days before my birthday.
She is by Midas Touch Samurai, who is by Sir Donnerhit. (Sir Donnerhall 1/ Prinzregent)
And out of Saratoga Louisiana, who is by Waldemar, out of a Carrick mare.
She has exquisite markings and I suspect that she could be homozygous for the tobiano gene.
This treasure will be retained.